Things at the heart of good drama include – relationships, reactions and turning points. Drama is an uncertain journey where steps are taken with no assurance of the outcome. We stare into the eyes of our fellow cast members not entirely sure of where we stand. Yet we journey together dependent on one another overcoming obstacles and moving to a place of irreversible change. The appeal of good drama is that it gets close to where we’ve come from, who we are, and where we might be going.

I confess I am addicted to TV dramas. Feeding my addiction is Netflix which has given me access to many of the Scandinavian thrillers like The Bridge and American series like 24. Some of the best TV dramas here in the UK, in my opinion, have been produced by ITV like Foyles War. The BBC wasn’t very confident about Ripper Street, but I have to say the Amazon funded series of Ripper Street has been absorbing. The the dark Victorian crime story was designed and directed beautifully with compelling performances that were intense and immersive. The latest series of the BBC’s New Tricks has fallen short with some tame story lines, lack of clarity, slow pace, predictable outcomes, poor acting and little depth. It looks elderly and dated.

I am not high minded or particularly sophisticated in my viewing, I make no pretence. For me formula works pretty well. I like strong characters, a roller-coaster journey of unexpected twists. I appreciate good acting and camera direction, but for me it’s the strength of the story that keeps me engaged. 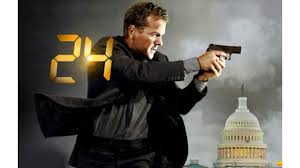 The ingredients of a good story are high stakes, dramatic turning points and a well timed beat. Take 24 for example with Keifer Sutherland as agent Jack Bouer. The formula is well worked out with stakes as high as they get – for example world war three! Every ten minutes there is a seemingly insoluble disaster and yet the hero turns it around. The characters are crude but well defined. Underneath this crudeness you get to see the mind of the writers exploring aspects of American life with the characters taking on representations of key power groups like the press, government factions and the outsider. Crude and upsetting but insightful. Foyles War gentler but reminding us of many of the atrocious things that went on in our name during the war.

The key thought in this blog post is the idea that a great life is made up of ever changing relationships and turning points. Whatever situation we find ourselves in there is always hope. The refugees flocking into the country for a better life, the loss of a friend or relative, a difficult relationship – these are all things which go into our story. We may have difficulty finding a job or wake up cornered by financial difficulties. Yet, the experience of life is that there is always the hope of a dramatic turning point.

The ingredients of a good drama include, as I say, relationships, reactions and turning points. Good acting is not about acting but re-acting – it’s how we respond that matters. A comfortable life many not afford an opportunity for drama or story and be a waste of our limited time. Risk opens up the possibility of fuller and more exciting life

Have we got the right relationships? Are we reacting to our circumstances in a helpful way and are we hopeful that things will turn around? Are we part of the story or just an observer? Are we moving our ow story forward to that all important resolution?

Mark Waddington is a former BBC broadcaster and producer. He now works for the Diocese of Leeds as Urban Mission Officer. If you would like to get in touch email mark.waddington@leeds.anglican.org View more posts